Larsen unhappy with how local coaches are treated, set to accept foreign job

Larsen is said to be unhappy with how local coaches are treated and that is why he now wants to try his hand elsewhere where he may get some respect. 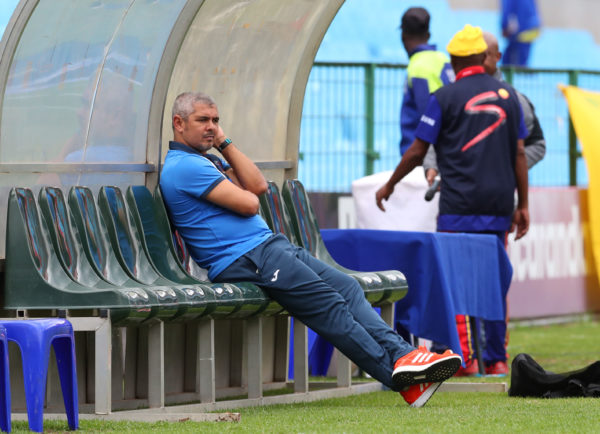 Former Chippa United coach Clinton Larsen is not happy with how local coaches are treated by club bosses.(Samuel Shivambu/BackpagePix)

Former Polokwane City and Chippa United coach, Clinton Larsen could soon be lost to South African football as he is said to have accepted an offer from outside the country.

Phakaaathi has been told that the 50-year-old former Orlando Pirates player is unhappy with how local coaches are treated and that is why he now wants to try his hand elsewhere where he may get some respect.

“He has worked at various clubs and feels coaches, especially the local ones, are not given the respect they deserve. He feels that is why they fail because they cannot hold the respect of players when they are not respected the club.

“Imagine a principal getting scolded in front of the teachers and pupils… that’s how it happens here. Coaches are mistreated and the players then know that he has no authority, and some don’t do what he says knowing that when they lose, the coach will carry the blame and maybe even get fired,” said the source.

He however could not reveal which country Larsen will be headed but hinted it could be Botswana.