A source said Nodada felt he has served the club well over the years but now wants to test new waters. 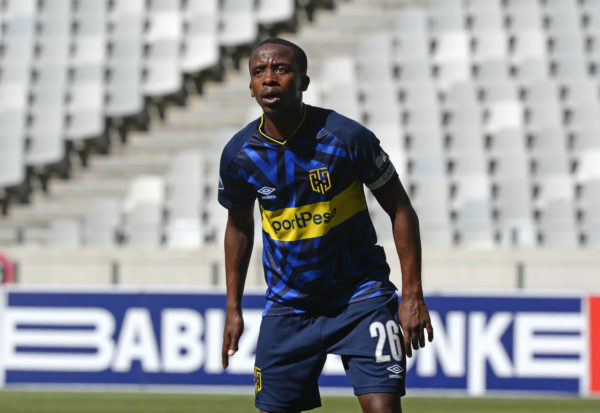 Thabo Nodada of Cape Town City is said to be keen to be reunited with Benni McCarthy at AmaZulu. (Ryan Wilkisky/BackpagePix)

Cape Town City star midfielder Thabo Nodada is said to be willing to challenge himself elsewhere having been with the Cape side since their formation.

A source said Nodada felt he has served the club well over the years but now wants to test new waters.

He is set to ask the club for a transfer at the end of the season with AmaZulu his next likely destination, Phakaaathi has heard. Nodada has been a regular and consistent performer for the Citizens over the years.

“He is not getting any younger and he had opted to stay at City even when there were other local clubs interested because he was holding out for an overseas move. But now he is willing to go even if it is to another local club.

“From what I have heard, AmaZulu are interested and have asked about his availability. He is one of the players Benni (McCarthy) wants for net season especially if they qualify for one of the Caf tournaments,” said a source.

Meanwhile, as expected, City confirmed on Monday morning that Eric Tinkler is back as head coach, just under four years since he resigned from the same job to take over at SuperSport United.

Earlier this month, Phakaaathi reported that Tinkler was set to return to City after the club had placed coach Jan Olde Riekerink’s ‘administrative leave’. And now the Citizens have confirmed the former Bafana Bafana midfielder’s return to the club.