It is said that the DR Congo international felt that he was not valued at Pirates. 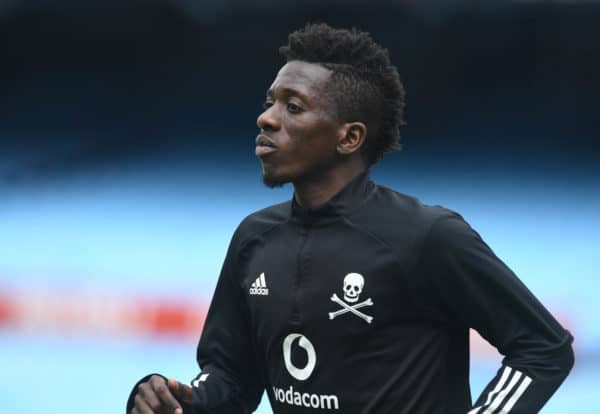 Jean Marc Mundele has returned to the Democratic Republic of Congo after partying ways with Orlando Pirates. (Pic Sydney Mahlangu/BackpagePix)

Jean-Marc Makusu Mundele has returned to the Democratic Republic of Congo and wouldn’t have stayed in South Africa any longer in any case, following a bad loan spell with Orlando Pirates, an insider at the Buccaneers has revealed.

Having joined Pirates halfway through last season from AS Vita, the striker came with high expectations. Mundele, however, didn’t manage to get game time at the Buccaneers, with the striker spending most of the time on the sidelines.

It is said that the DR Congo international felt that he was not valued at Pirates and believed he could have done much more for the club had he been given a proper chance.

“It was known that he wanted to go. That guy wasn’t happy at all at Orlando Pirates, because he felt that he was not being treated fairly in terms of being given a chance to play. I think the only explanation that the coach gave was that he had to try to adjust the system of the club and once that was done, he would play.

“But, he believed that he knew how the team plays because he was working very hard at training, but still the coach thought he was not doing enough. That is why he just couldn’t wait for the season to be over. He is back at AS Vita now and I hear that he might even be sold to some club in Tanzania very shortly,” said the source.