Serame wary of complacency ahead of Chiefs clash

"You are only as good as your last game. That is the approach we will need against Chiefs". 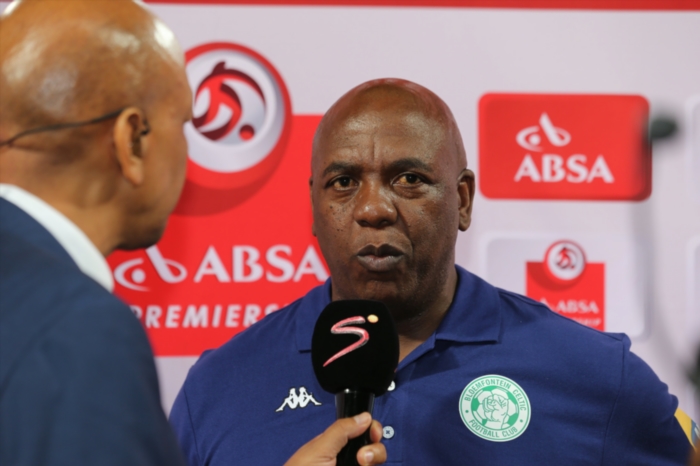 Letsoaka has a difficult task to try to calm down his players who had a huge overdose of confidence in their 5-0 demolition of Ajax Cape Town on Sunday.

“As a coach, it is a challenge you come across from time to time. It is at such times that complacency can creep in. Even against Ajax, we could have easily gone into half-time with them having scored at least one, which would have given them some glimmer of hope of a comeback. But the players are professionals and we have been trying to tell them to remain so. You are only as good as your last game. That is the approach we will need against Chiefs,” said Letsoaka.

The former Golden Arrows coach said he had always believed his team could score huge wins, and was delighted to finally see it happen against Ajax.

“I said that based on how well we have been playing because even in games we lost, we did well and created a lot of scoring chances. I always said if we could convert half the chances we create, we would be winning games.”

On Sunday, Letsoaka opted for a more youthful team, and he said he is looking to giving more young players a chance.

The 52-year-old coach said he knows what to expect from Ama- khosi who always play for more than just the three points.

“At big club like Chiefs, there is always pride at stake. And since they lost their last game, they will be looking to avoid losing twice in a row. I only hope my team will be fully organised and mentally ready for the stern test.

“Our strength has been our defence this season. We are in the top five of teams that have conceded less goals. We just have to keep that going,” he said.

While Celtic are fighting for a top eight finish, Chiefs have nothing of real importance except for a respectable position to play for.

Amakhosi are fourth in the Premiership table with 44 points from 27 games, and are an incredible 18 adrift of leaders Mamelodi Sundowns who beat them 3-1 last Saturday.

Phunya Sele Sele are 12th with 31 points from 27 games, but could still make it to the top eight if they win all their games, and the teams above them drop a few points along the way.