Thanda Royal Zulu have set a new record in the National First Division (NFD), finishing the first round without a defeat in 15 league games. 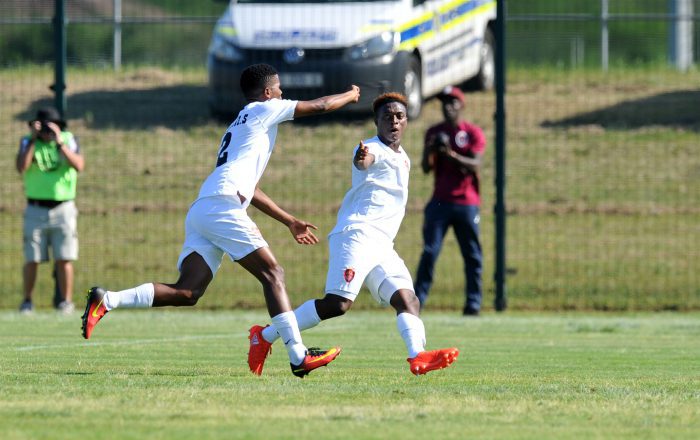 Roger Sikhakhane’s team beat Stellenbosch FC 1-0 away from home on Saturday to go into the Christmas break 10 points clear at the summit of the league table.

The team also moved quickly to tie Sikhakhane down by handing him a contract after he had embarked on a protest as he was working without any formal appointment.

Amabhubesi have only lost once – 1-0 to Stellenbosch in a Nedbank Cup match – in the 16 matches they have played this season, registering 10 wins and five draws in the league.

Amabhubesi’s KwaZulu-Natal neighbours AmaZulu FC could not have asked for a better finish to their year than a 6-1 drubbing of a hapless Milano United on Sunday, which catapulted them to fourth place.

Usuthu coach Joey Antipas, who was under considerable pressure in October as the team had failed to win any matches, was a relieved man after seeing his team playing so well and winning convincingly.

“In the first half we struggled a bit because we employed the long ball which was just being carried by the wind. Also we were bypassing key players who can make things happen for us,” explained the coach after the match at Princess Magogo Stadium in Durban.

“In the second half we adjusted our game plan and started to play the ball to feet, moving the ball around and circulating it.

“The good thing is that we finished with aplomb, I’m just happy we managed to get an advantageous result. One thing for sure is that it gives us confidence going forward because you never know what can happen. We just have to now look forward to the second round and go out there and fight,” said the former Chicken Inn mentor.

Royal Eagles, meanwhile, were dealt a blow as they suffered their fourth defeat of the season at the hands of Black Leopards in Thohoyandou on Saturday. Eagles remain second in the table but the gap on Thanda at the top has widened.