Swallows FC have suffered their first defeat in the GladAfrica Championship after losing 1-0 away o Cape Umoya United on Friday afternoon. 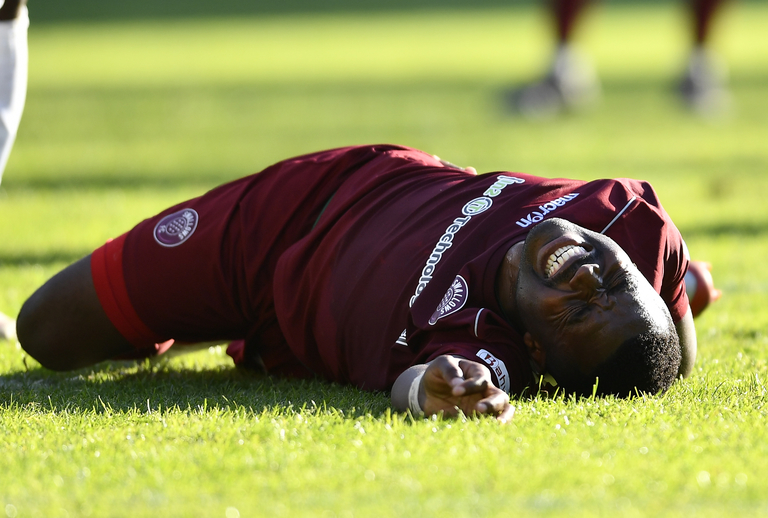 The Dube Birds made a return to the professional ranks after securing the status of Maccabi FC and started their campaign with a 1-1 draw with TS Sporting at home last weekend.

But things went south for Zeca Marques’ side in Cape Town as Gregory Roelf’s second half goal was enough to give Dominic Isaacs’ team their first win of the season.

He goal was a result of a lack of communication and inexperience at the back for Swallows with keeper Lutho Mbanjwa coming off his line trying to intercept a long ball but was beaten to it by Roelf who the rounded him and sent the ball into an open net late in the second half.

It was however not a bad day out for Swallows as they showed some signs of being a team who can grow into a force in the coming games. They also had some chances which they couldn’t bury.

Championship action meanwhile continues on Saturday with wo games penciled down and a further three on Sunday. Games involving Royal Eagles and Uthongathi FC are still postponed pending legal matters regarding the ownership of the two clubs.

Other GladAfrica Championship matches this weekend:

Themba Sithole’s side had a difficult start to their campaign in the GladAfrica Championship with a defeat away at Ajax Cape Town but the mentor will be happy with the two goals his team managed away from home. Ea Lla Koto had a better second half in their first match after Sithole fixed the mistakes he admitted they had committed at the beginning of the match.

AmaTuks, who are coached by Zipho Dlangalala opened with a 1-0 win over the division’s new boys Steenberg United and will be looking to build on that result.

Abantu Bemthetho coach, Sly Mosala said their display in the opening match at Swallows FC gave him confidence that his team are in the right directions after managing to come from behind and steal a point at Dobsonville Stadium. He will be looking for a similar or even better display as they host the Rich Boys who will be hoping for a better performance after fumbling a 2-0 lead to nd up drawing 2-2 with JDR Stars last week.

With their first game postponed at the eleventh-hour last week, the Magic Boys officially begin their third campaign in the Championship against new boys, the Hammer Boys. Their visitors will be high on confidence after managing to a come from behind 2-2 draw at Richards Bay in their first match in the paid ranks.

Tshakhuma started well with a 2-1 win over Cape Umoya last weekend and will be looking to continue where they left off against Ezenkosi. Jomo Sono’s side also had a good outing as they eked out a draw at TS Galaxy. The two sides had a drawn-out battle on social media the whole week and it will be interesting to see if the social media threats will be delivered upon on the field.

Tingwenyama are also officially starting their fourth campaign in the Championship after their game was postponed last week. They face an Urban Warriors side who are fresh from a big win against Ea Lla Koto.