Orlando Pirates skipper calls for unity after riots in SA

The last couple of weeks have seen KwaZulu-Natal and Gauteng being the centre stages of protests in the country. 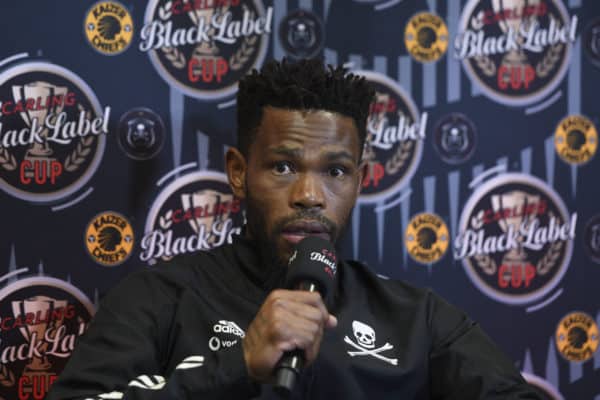 Orlando Pirates captain Thulani Hlatshwayo says South Africans need to unite in order to get back to our normal way of living, with poverty in the country continuing to rise.

The last couple of weeks have seen KwaZulu-Natal and Gauteng being the centre stages of protests in the country, which turned into chaos after multiple stores, warehouses, shopping malls were looted.

And now, with the Covid-19 pandemic still continuing to be a major contributor to a number of job losses – Hlatshwayo, who joined the Buccaneers last season, insists that South Africans have to work together, and also says he misses the club’s fans with the supporters still not allowed at stadiums due to the pandemic.

“It is difficult for the country with what we are going through. Now I will be playing in my second season at Orlando Pirates. In my first season, I never got an an opportunity to play around the fans. I was joking about it that I haven’t tasted the real derby with fans around, whom we really we miss very much,” said Hlatshwayo, who will be captaining the Buccaneers in the Carling Black Label Cup tie against Kaizer Chiefs at the Orlando Stadium on Sunday.

The competitions returns after a year’s absence but will be played behind closed doors in Orlando.

“With everything that is happening in the country, obviously it’s difficult for everyone. Everyone has to look out for their families. The rate of poverty is going higher. I think we should stick together as a country and make sure we work together to make sure that we go back our normality, (that we can) go back to our lives and provide for our families.”

The 31-year old centre-back didn’t have a great first season in the colours of the Buccaneers, with his inconsistent displays a stark contrast to the reliable force he was at Bidvest Wits.

‘Tyson’ will be looking for an improvement in his game, with fans having showed faith in him voting him in the starting line-up for the pre-season Soweto derby.