There is reportedly friction behind the scenes with head coach Hansi Flick at loggerheads over his future with sports director Hasan Salihamidzic. 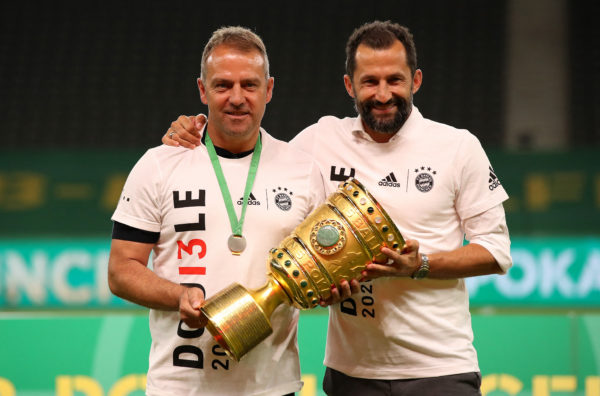 Bayern Munich are into the Champions League quarter-finals and four points clear in the Bundesliga but tensions are reportedly simmering at the Allianz Arena.

Bayern host mid-table Stuttgart on Saturday top of the German table and having swept aside Lazio in the Champions League, but there is reportedly friction behind the scenes with head coach Hansi Flick at loggerheads over his future with sports director Hasan Salihamidzic.

Flick has been linked to the job of Germany boss with Joachim Loew set to step down after this summer’s European Championship.

Salihamidzic is said to be annoyed that Flick has not ruled himself out of the running, unlike Liverpool manager Jurgen Klopp.

For his part, Flick is said to be irritated by reports Bayern have already approached RB Leipzig coach Julian Nagelsmann to replace him.

After Wednesday’s 2-1 win over Lazio in Europe, Flick insisted he and Salihamidzic have cleared the air, but midfielder Joshua Kimmich said the squad is aware of the off-field tensions.

“You hear what is being written and discussed outside,” he said.

“With the success we’re having right now, it would be nicer if there was peace and quiet and we didn’t give internal fuel to the outside world.”

Striker Robert Lewandowski has scored in each of his last seven games and, with 32 league goals this season, is on course to break Gerd Mueller’s Bundesliga record of 40 goals in a season.

“He can score four goals in one game, but hopefully not against us,” said Stuttgart coach Pellegrino Matarazzo.

Bayern are expected to have Manuel Neuer back in goal after missing the Lazio win with a cold.

Alphonso Davies could return in defence in place of Lucas Hernandez.

Stuttgart’s Argentine striker Nicolas Gonzalez is on track to return after a thigh injury.

Second-placed Leipzig are at relegation-battling Arminia Bielefeld on Friday seeking a win to stay in touch before hosting Bayern on April 3.

Moenchengladbach, who have lost all seven games since it was confirmed Marco Rose will leave to coach Dortmund next season, can end their dire run at bottom side Schalke on Saturday.

Fifth-placed Dortmund, who are through to the Champions League quarter-finals, are again without England winger Jadon Sancho and defender Raphael Guerreiro for their match at Cologne.

There is also a question mark over captain Marco Reus while defenders Mats Hummels and Manuel Akanji are fit to play.

One to watch: Leroy Sane

The Germany winger has started to impose himself at Bayern Munich this season after initially struggling following his transfer from Manchester City.

Sane made an impressive start, scoring on his Bayern debut with two assists in an 8-0 thrashing of Schalke on the opening day of the season.

He has since been in and out of the team and struggled to impress Flick, who pointed to weaknesses in Sane’s defending.

However, four assists and a goal in Sane’s last seven games have helped win Flick over.

“In training, you always see his class and he shows that in games too,” said Flick.

19 – Number of times Bayern have qualified for the last eight of the Champions League, a new outright record and once more than Barcelona.

Fixtures (all timed 1430 GMT unless stated) 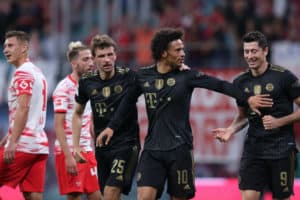 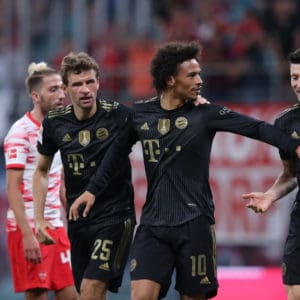 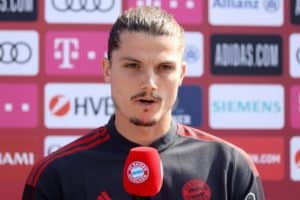 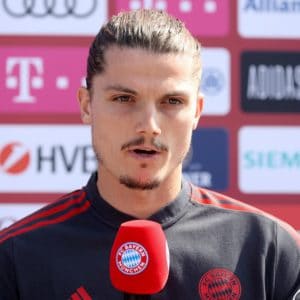