Baroka earn a point against Ajax on PSL debut

Baroka FC made their first appearance into the Absa Premiership earning themselves a point after playing to a 1-1 draw with Ajax Cape Town at Peter Mokaba Stadium on Tuesday. 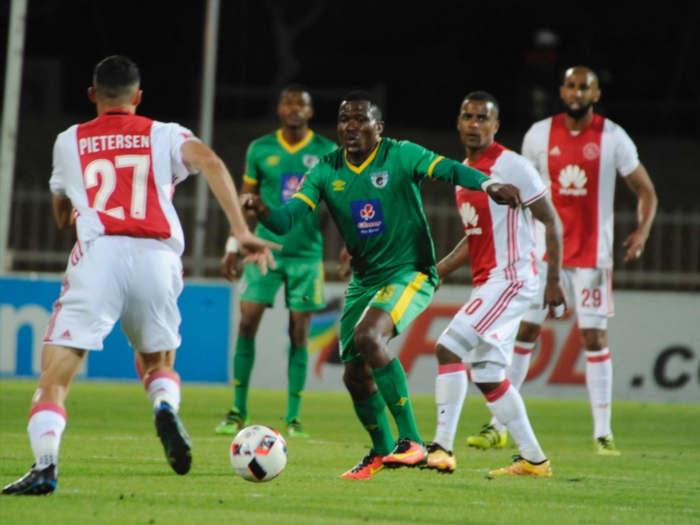 Baroka FC made their first appearance into the Absa Premiership earning themselves a point after playing to a 1-1 draw with Ajax Cape Town at Peter Mokaba Stadium on Tuesday.

Baroka didn’t have best of start into the match, conceding a penalty inside the first 10 minutes of the game when Ajax striker Paulse was fouled inside the box.

And the lanky striker stood up to take the spot kick, sending Oscarine Masuluke the wrong way to give the Urban Warriors a 1-0 lead.

Bakgaka tried to keep their cool as they went in search for an equaliser, but their attacks were not promising, losing the balls easily.

Kgoloko Thobejane’s men got a chance to test Ajax keeper Brandon Petersen in the 44th minute in a way of a free-kick, but they put the ball over the poles going into the half-time break trailing.

The Limpopo outfit came back with some fire-power in the second stanza. A patient build up by the home side in the first few minutes of the second half saw Richard Matloga equalising on debut for the home team through a header in the 52nd minute, thanks to a perfect cross from the left flank to make it 1-1.

In the 56th minute, Eric Chipeta could have easily put Ajax in the lead for the second time in the game when a diagonal cross from the left side found the defender rushing inside the box, but he failed to put his shot low and the ball went above the poles.

The former University of Pretoria player almost got his name on the score-sheet when he connected well with the ball from the left side in the 75th minute, but Bakgaga’s keeper Masuluke made a good save to keep his team in the game.

Baroka piled more pressure on Ajax looking to get a late goal. Some nice play in the 85th minute saw Matloga through on goal, but the attacking midfielder drifted to the side allowing Mosa Lebusa to cover before cutting inside and finding the Albert Mothupa who took a powerful shot, but Petersen made a good save.

Another glorious opportunity to seal the victory for Baroka came through the way of Lucky Mothwa in injury time. The forward found himself with only the keeper to beat, but it wasn’t to be for the new PSL side, as Mothwa’s shot went wide.

The game finished with both sides sharing the spoils in their opening game of the season.