Nurkovic missed the first two meetings between Pirates and Chiefs when the pair met in a two leg MTN8 semifinal tie earlier in the season. 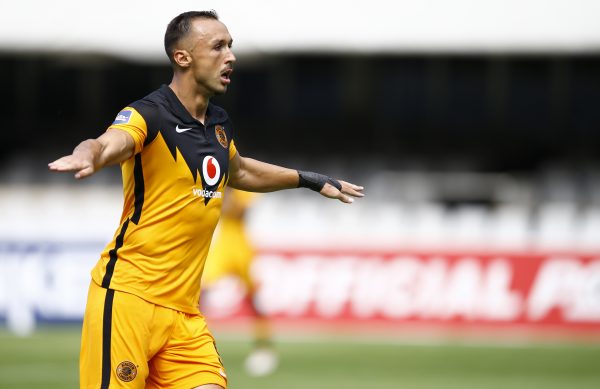 Samir Nurkovic was expected to lead the Kaizer Chiefs attack against Wydad Casablanca, but Amakhosi were denied entry into Morocco because of the coronavirus (Picture: Sydney Mahlangu/BackpagePix)

Orlando Pirates coach Josef Zinnbauer says the return of Samir Nurkovic at Kaizer Chiefs gives Amakhosi a boost ahead of the clubs meeting in a DStv Premiership clash at the Orlando Stadium on Saturday.

Nurkovic missed the first two meetings between Pirates and Chiefs when the pair met in a two leg MTN8 semifinal tie earlier in the season.

The Buccaneers went on to win 5-0 on aggregate after winning the first leg 3-0 before wrapping it up with a 2-0 victory in the second leg.

But, Zinnbauer says Saturday’s clash is a different game because even though Chiefs started the season on a bad note, they are starting to pick themselves up.

“I think the players know what is happening with Kaizer Chiefs at the moment. Yes, maybe it wasn’t a good start into the season but now they are coming close to us by getting more points on the table. We know they have a big squad, good squad and Nurkovic is back and he is a player who gives a team a lot of advantage,” said the Bucs mentor.

“The squad that they have (it’s strong)…It is not like we are going to go there and get three points easily. No, this is going to be a fight, this is a big game.”

The Pirates mentor also pointed out that Amakhosi have a good coach in Gavin Hunt. And maintains that the fact that they beat them twice in the Wafa Wafa tournament doesn’t mean anything because on Saturday it will be about fighting for maximum points on the day.

“They have a coach who has a lot of experience in this league. He won titles and championships, he knows his business. Yes, we won the last two games in the MTN8 but it’s a different view now,” he added.

“We are playing a league game and we are fighting for three points. They are the favourites, they got the second place last year (Chiefs finished in second place on the log last season) and went to the Champions League.”