“We did not have the best of starts against Swallows but there were many factors. The condition of the pitch was not very good," said the Sundowns co-coach. 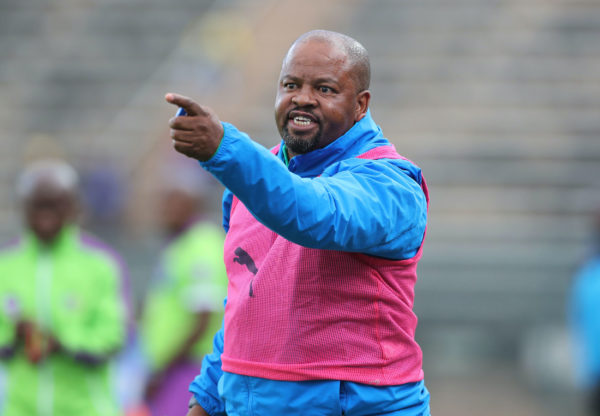 The goalless draw between Mamelodi Sundowns and Swallows FC must have annoyed Manqoba Mngqithi so much that he could not hold back the criticism of almost all involved in the game. He began with taking a swipe at the match officials, suggesting they did not execute the duty with diligence, and now he has turned against his own players, questioning their commitment to boss the game.

ALSO READ: Ntseki says it was his childhood dream to work at Kaizer Chiefs

Perhaps the Downs mentor was alluding to the possible complacency that might be creeping in at Sundowns, and it does not come as a surprise seeing that the DStv Premiership was secured last week in the Tshwane derby against SuperSport United. Mngqithi was not pleased to see his players lifting their foot off the paddle and had to tongue-lash his players to get them back onto the rail.

“We did not have the best of starts against Swallows but there were many factors. The condition of the pitch was not very good. I also think that the players did not understand how important it was to fight for a result in that match.

“But as soon as we spoke to them they picked up their game and started showing signs that they want to dominate. It was unfortunate that we did not come with a result from there. There are many circumstances
that hindered the progress of the team on the day,” said Mngqithi.

“We were just unfortunate to lose Themba Zwane to injury in the game but Gift Motupa is coming back from injury. We don’t have too many injury concerns at this stage, it is just Kermit Erasmus, Zwane and
Keletso Makgalwa who are out, but generally the squad is in a good space,” said Mngqithi, as he looks forward to the penultimate round of the season against Bloemfontein Celtic on Wednesday afternoon.

“Celtic have always given us a run for our money, they play good football which makes our life very difficult. We have looked at their matches and we do believe that we have a team that is capable of
breaking them down. They are not as potent as they were before but they can hurt you if you take them for granted. It is a match where we want to give our best shot.”