Chelsea and Manchester City will battle for the first piece of silverware of the season when they clash in Sunday's Carabao Cup final. 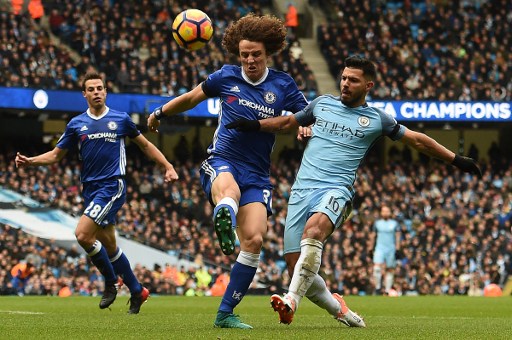 The two teams only met in the Premier League two weeks ago, with City claiming an emphatic 6-0 victory at the Etihad Stadium, a result that has ramped up the pressure on Chelsea boss Maurizio Sarri.

City are also the defending Carabao Cup holders following their 3-0 victory over Arsenal at Wembley 12 months ago, and they are looking to become only the fourth team to win back-to-back titles, a feat previously achieved by Manchester United, Liverpool and Nottingham Forest.

In total, City have won the League Cup five times, the same number as Chelsea, who are chasing their first triumph in the competition since 2015.

The Blues followed up their hammering at the hands of City by losing to Manchester United in the FA Cup, with Sarri’s only reprieve during that time coming in the Europa League thanks their 5-1 aggregate success over Malmo.

Indeed, another heavy defeat on Sunday could edge Sarri closer to the Stamford Bridge exit door, although he will take solace from the fact Chelsea beat City 2-0 less than three months ago in the league.